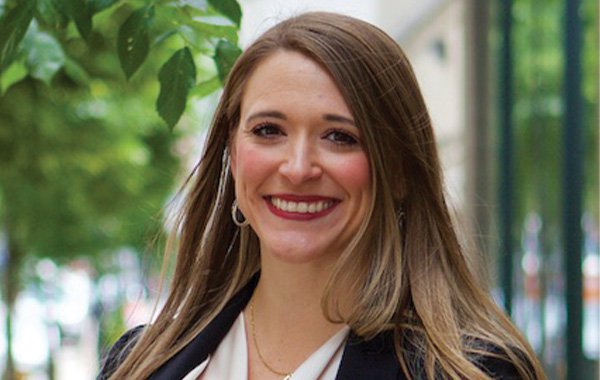 Sarah joined McKinney & Namei as an associate attorney in October 2017. Prior to joining the firm, she worked at a statewide non-profit legal services organization representing victims of domestic violence and sexual assault. During law school, Sarah worked with the Ohio Justice and Policy Center representing inmates throughout Ohio with constitutional claims against the State as part of the Constitutional Litigation Clinic.

Sarah enjoys meeting and working with people from different cultures, and is particularly dedicated to advocating for those who need it most. Sarah lives in Cincinnati with her partner, Jay, and their dog, Thor. In her free time, Sarah enjoys traveling, reading, cooking, spending time outdoors, and staying active.